The 2002 Olympics held in Salt Lake City Utah was an astounding success – and is now a legacy. Here are some of the venues used during this historic event:

One of the 2002 Olympic Venues, Soldier Hollow has become one of the premier cross-country skiing and biathlon destinations in Utah with an amazing course! Before, after or instead of skiing you can go on the longest tubing course in the area! It is affordable and family friendly!   http://soldierhollow.com/

The Utah Olympic Oval, an indoor speed skating oval built for the 2002 Winter Olympics, is Salt Lake City, in Kearns, Utah. The Oval hosted the long track speed skating events for the 2002 games. Following the 2002 Olympics the oval temporarily held the title of “Fastest Ice on Earth”.   http://utaholympiclegacy.org/oval/

During the 2002 games Deer Valley Resort hosted the freestyle moguls and aerials, and alpine slalom events. The standing areas and stadium combined allowed roughly 13,300 spectators to view each event, with 99.4 percent of tickets sold. During the games 95 percent of Deer Valley remained open to the public for normal seasonal operations.   http://www.deervalley.com/

As home to the Utah Grizzlies the E Center, now known as Maverik Center served as one of the two venues for Ice Hockey during the 2002 Olympic games. The hockey events held in the venue were spread out during six days in 31 sessions, and the it was capable of holding 8,400 spectators, plus press members, during the competitions. 96.7 percent of available tickets were sold, for a total of 230,657 spectators witnessing events in the arena. During the 2002 Winter Paralympics the arena hosted the ice sledge hockey events.   http://www.maverikcenter.com/

Vivint Smart Home Arena, then known as Salt Lake Ice Center hosted all the figure skating events, and the short track speed skating event. The arena was capable of holding an average of 14,600 spectators for each session, and 100 percent of available tickets for events in the arena were sold, for a total of 145,997 spectators witnessing events in the Ice Center.   http://www.vivintarena.com/

Snowbasin hosted the downhill, combined (downhill and slalom), and super-G events. The spectator capacity was 22,500 per event; 99.1 percent of tickets were sold, and 124,373 spectators were able to view events at the Snowbasin Olympic venue. During the 2002 Winter Paralympics, Snowbasin hosted the Alpine Skiing events, including downhill, super-G, slalom, and giant slalom.   https://www.snowbasin.com/

The Ice Sheet at Ogden hosted the curling events, which had been first introduced during the 1998 Winter Olympics. The venue held about 2,000 spectators, and 96.7 percent of tickets were sold, with a total of 40,572 spectators witnessing events at the ice sheet.   www.webercountyutah.gov/icesheet/

The Gallivan Center, opened in 1993, is an urban plaza in the heart of downtown Salt Lake City, Utah. The Center is also known as the John W. Gallivan Utah Center; it is named in honor of John W. Gallivan. It was a popular gathering place during the 2002 Olympic Winter Games. Kazuo Matsubayashi’s Asteroid Landed Softly Sundial is one of the prominent features of the plaza. The plaza also includes a seasonal ice skating rink that serves as a racquetball and basketball court during warmer months.   http://www.thegallivancenter.com/ 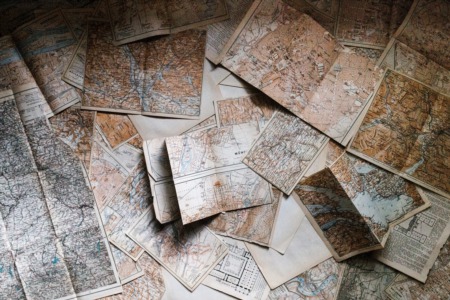